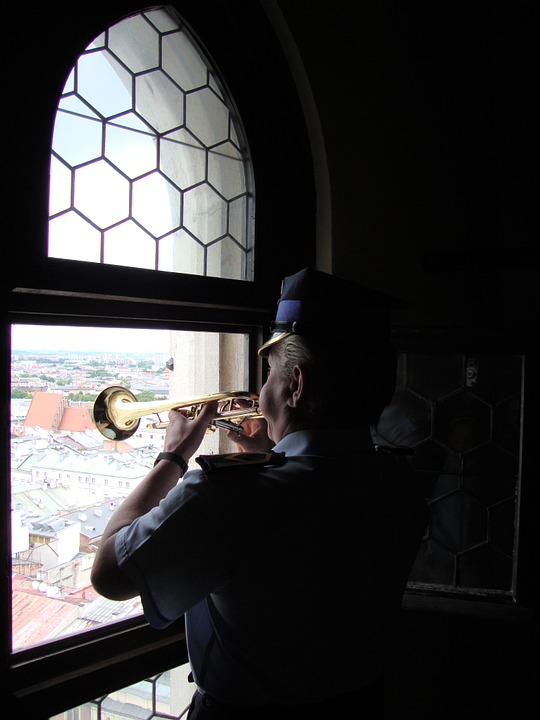 Bugle calls are musical signals used to announce scheduled and non scheduled events at an Army installation. It was important for all the communication in military until electronic equipments came into existence. These calls were recorded as music signals or announcements, then were broadcasted from loudspeakers near the posts.

The primary bugler is assigned to the headquarter staff. The soldiers soon get acquainted to these calls counting from 4 to 10 or even more for a day.
These calls were first used in communication between French and English Army during revolutionary war. In progression, every nation’s Army developed its own “sound signals” drum beats in infantry; bugle calls in Artillery and Cavalry.

In 1867, these calls were organized for all branches of Army. The soldiers daily routine was regulated by these calls as breakfast, dinner, supper calls, drill call, fatigue call, sick call, water call and taps. Then there could have been non scheduled or emergency calls as per the requirement in Army installation.